CLYDE BEAVERS
Oct 55 (BMI clearance on 18th Nov 55)
45-532-A - I Won't Always Love You
(Beavers)   (Starrite BMI)
45-532-B - My Baby Is Gone
(Beavers)   (Starrite BMI)
GEORGIA RECORDS 532
Tennga, GA
The Starday Custom series continues with it's apparent love of naming a record label after the state that the recording was from. Perhaps it was a coincidence that each artist chose this, or Starday suggested it to them. Anyhow, compared to many artists in this listing, there's info I can mention on this artist. (Makes a change, I hear you say.) Clyde was born in Tennga, GA on the 8th June, 1932 and was a DJ on WJAT from Swainsboro, GA. As a young boy, Clyde Beavers never let anyone know that he wanted to be singer, and he has stated "His biggest thrill as a recording artist was meeting people" Both sides are pleasant hillbilly with perhaps the B side being the better of the two, although for me, the accordian solo spoils what could’ve been a better disc. He also recorded “The Black Knee Socks” / “Susie Darlin” - WONDER 105 and “Crying For My Baby” / “ The Man In The Glass” - MERCURY 71185 amongst others. Wonder Records was from Atlanta, GA which was owned by Bill Lowery. Clyde also formed KA$H RECORDS with Tom Reeder in Nashville during February 1963. His entertainment experience included WCGA - Calhoun, Ga. (1957), WBRO - Waynesboro, Ga. - (1959) and WENO in Nashville besides playing clubs and appearing US Military bases throughout the States. There's a huge amount of info on Clyde in Billboard magazines, but it's all from the 60's and, at this time, I'm not sure if there is more than one artist of that name. (MC / John Burton / Dick Grant / Terry Gordon - Rockin’ Country Style) 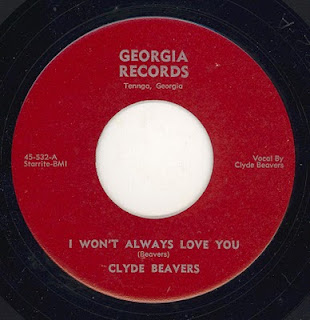 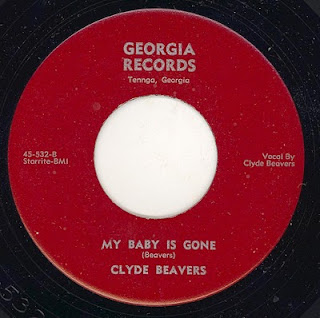 Posted by Malcolm Chapman at 16:50 No comments:

JOHNNY SUTHERLAND
Oct 55 (BMI clearance on 18th Nov 55)
45-531-A - We'll have A Time, Yes Siree
(Johnny and Jewel Sutherland)   (Starrite BMI)
45-531-B - I'm In Love
(Johnny and Jewel Sutherland)   (Starrite BMI)
STARDAY RECORDS 531
Two fine uptempo fiddle-led hillbilly sides with a fine band backing Sutherland’s slightly flat vocals. It has been suggested that this recording came from the Gulf Coast part of Texas. As usual, no info on the artist. I’m kinda curious to find out what doing the “Willy-Wuck-Wick” means as mentioned on the A side, but perhaps it’s better that I don’t know at my age. (MC) 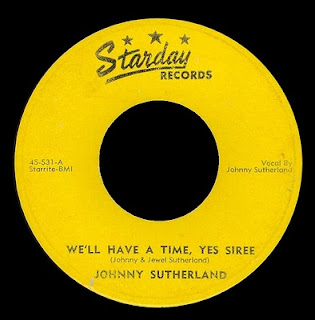 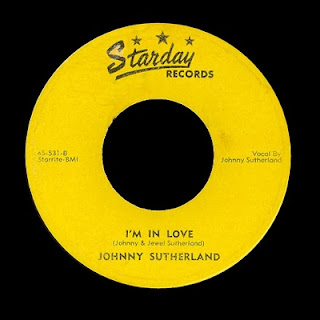 Posted by Malcolm Chapman at 16:43 No comments: