SAVANNAH RECORDS 505
Rt 4 - Ogeeche Rd, Savannah, GA
The A side is a boppin’ hillbilly disc from Savannah, GA featuring fiddle, piano and steel guitar, with a double bass break sandwiched between. Flipside is more of the same. The A side was rerecorded soon after (see Savannah 513). Buddy was based in Savannah, Georgia. His “All-Girl” band were actually his sisters. According to the Billboard Music Magazine dated 25th Oct 1952, the band consisted of Mary Frances Livingston on bass, Buddy was on steel gtr, Christine Livingston on fiddle and Willine Livingston on electric guitar and was about to embark on a King Recording pact. Their manager was their father, Dave Livingston. He also recorded for Scottie Records. Buddy was still performing around Savannah, GA in the 60’s. His band at this time were called Buddy Livingston and the Versitones and Buddy sang and played bass, performing mainly at a club called “The Bamboo Ranch”. They also had their own 30 minute TV show on WTOC. Billy Joe Royal (of “Down In The Boondocks” fame) was also a featured vocalist for a time. The “Bamboo Ranch” burnt down in 1970, allegedly under suspicious circumstances, though I hasten to add that Buddy and the band weren’t party to this or were inside at the time. (MC / Phil Tricker / Gutrumble Blog - Apr 2005). 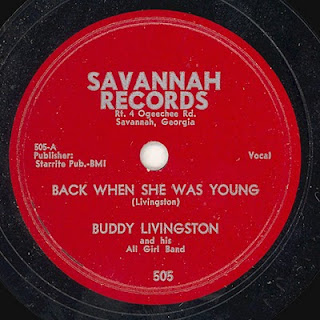 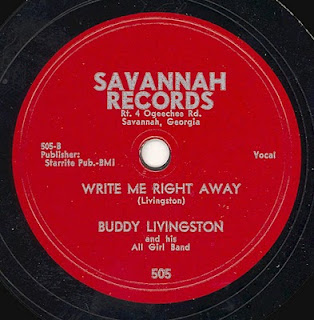 Posted by Malcolm Chapman at 12:58 No comments:

COAST RECORDS 504
Los Angeles, CA
The A side is a weepy hillbilly with fiddle and Steel gtr being the predominant instruments. B side is slightly faster. Jack Hammons hailed from Monroe, Louisiana and was heard singing by Col. Tom Parker as Elvis’ soon-to-be-manager drove through Monroe. Jack was singing a number of songs that were penned by himself and Johnny Skiles, who was his brother-in-law, and the Colonel quickly contacted Starday to arrange a recording session for him. (“Mr Cupid” / “That’s The Way To Fall In Love” - STARDAY 197). Johnny Skiles recorded for Honee-B and Corvette Records amongst others and probably moved up to the west coast sometime after these recordings. (See Corvette 672 later on.) As an aside, Skiles also recorded for Jimmie O’Neals’ Rural Rhythm Label (See Coast 500). (MC / Dick Grant / Al Turner).


Sad news, Jack passed away aged 83 on 24th October 2011. Apparently, Jack performed on a show in West Monroe that featured a young Elvis Presley! Oh how I'd love to have found out what Jack thought about this "New Kid On The Block"  (with thanks to Scott Walker) 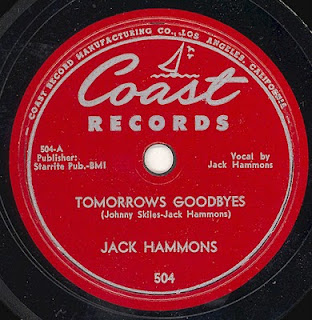 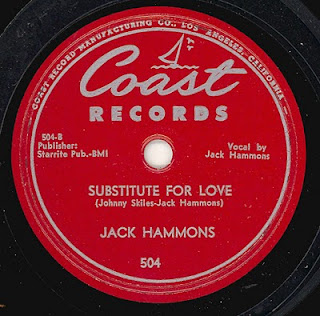 Posted by Malcolm Chapman at 12:48 No comments: