A slight back in the hills sound to the recordings, but it's a nice 45rpm. Probably could do without the "Cowboy..." song as it doesn't do much for me. But tribute songs usually did well locally, so I can't blame him for that. Eddie's got a great voice when he's not doing the recitation bit.

The flip is a good guitar instrumental. Nothing outstanding but it's got a nice bit of "Primitive" about it. (Could do without the electric rhythm though as it's a bit loud). Is this Eddie playing guitar or one of his band members? Maybe Harry C Johnson as he wrote this side (or at least he has the writers credits.) A bit unusual for somebody to write an instrumental and not play it himself. 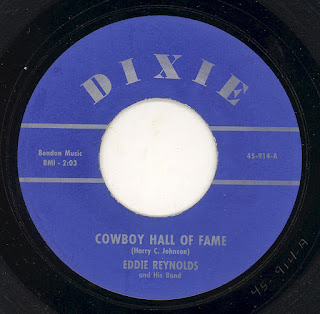 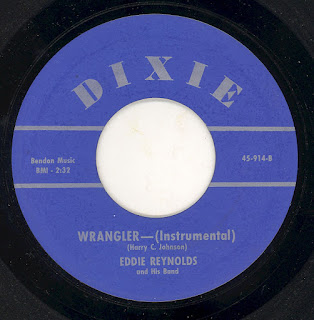