A side is a hillbilly song, kinda like an early Lattie Moore King 45. Fiddles are the main instrument here. B side is slower and more bluesy (in a typical hillbilly sort of way). More of a Hank Williams type song, and the tune bears a passing resemblance to "You're Gonna Change Or I'm Gonna Leave".


As for Lucky himself, he appeared on the Jimmie Rodgers Memorial celebration in Meridian, MS, held over May 21st-22nd in 57. He wrote in billboard advertising this disc can be acquired from him form an address in Tiffin, OH. By July 57, having come back from an Armed forces tour of North Africa, Lucky could be found as a staff announcer over KDRO-TV, Sedalia, MO. In Dec 57, Billboard also announced that his piano player (Denny Bolin) had broken his neck in a car accident near Joplin, MO. That's pretty much all the info I have on this artist. He also recorded for TNT Records. 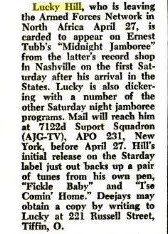 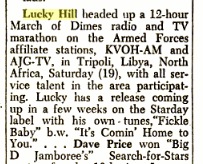 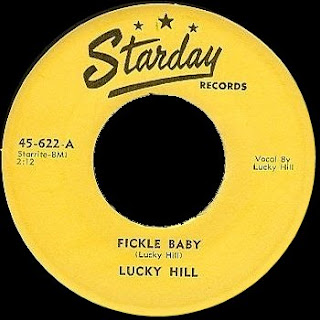 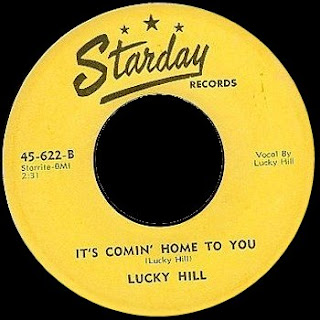 Posted by Malcolm Chapman at 15:38 No comments:

Bill was born in Alabama and according to the note posted to DJ's below, was married and had five children. Like many southerners, he may well have headed north on the promise of better job opportunities. Musically, the A side is a weepy country ballad with that sad steel guitar sound throughout. There's a fiddle player in the background who takes a brief solo. The B side is a faster, fiddle and steel gtr led hillbilly song. Bill sounds like a real southerner when he sings, despite the label location of IL.  (MC) 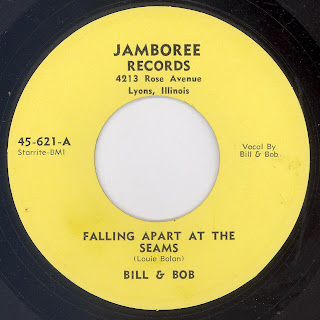 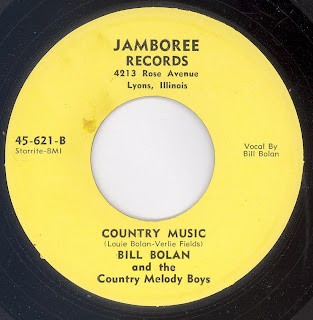 Posted by Malcolm Chapman at 15:15 No comments: