Lovely far-back-in-the-hills Gospel from what sounds like a white quartet. I can only hear an accoustic guitar being played, no other instruments and no solos. No personnel details, except perhaps the names listed as song writers.

The FAITH label turns up a fair bit later in the series with various addresses. I've wondered if FAITH was the gospel version of the DIXIE label. Can't be sure. (MC) 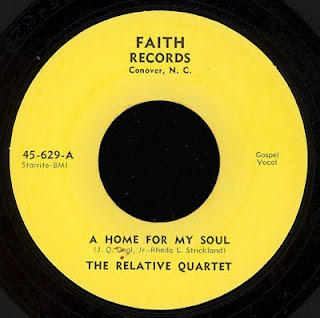 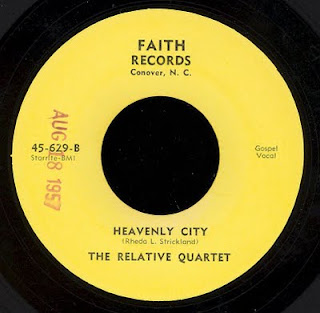 Willie Nelson was born 30th April 1933 and is by far, one of the most well known artists to cut a disc for the Starday Custom series. After studying music at home, he joined the Bohemian Fiddlers as their singer and guitar player. After graduating from high School in 1950, he joined the Air Force where he was eventually discharged for having back problems. After stints as a musician (he played bass for Ray Price) and as a DJ, he signed a contract with pamper Music as a songwriter. He wrote some of the best known country classics, such as "Funny How Times Slips Away", "Hello Walls", and "Crazy".

But back to this little gem. Both sides are dominated by an accoustic guitar (presumably by the man himself) and the vocals have a fair slab of echo added to it, giving it a slight haunting feel. There is a steel guitar nestled in the background - well, almost in the next room to be honest. The flip is okay; a nicely sung cover of a Leon Payne song. But it's the A side that really sticks out. (MC)
Label Shots : Phillip Tricker 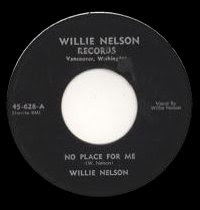 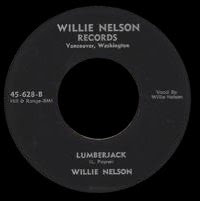