A side is a slow number, sung with a hillbilly flavour. Tom has that great "hillbilly Twang" to his voice. There's some nice guitar gently supporting Tom whilst he's crooning his love song.
Flip the disc over and you get a great relaxed Rock-A-Billy/Hillbilly/Country hybrid ditty with an accoustic guitar taking the lead with fine support from a steel guitarist. Oh, the joys of the weekend (unless, of course, you're unemployed - in which case, to quote Morrissey,  "every day is like Sunday").


According to Terry Gordon, the artist was from Rome, GA. He sounds like he’s in his 30’s or later to my ears and calling the band “The Rock And Roll Four” is a little optimistic, but it’s a great track nevertheless. (MC) 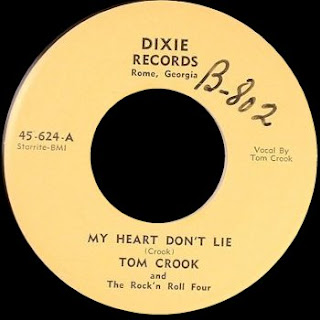 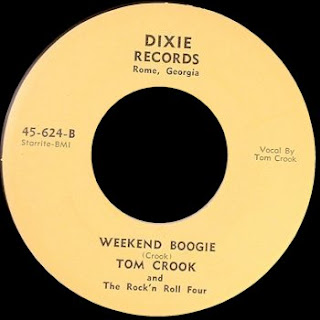