Never heard this disc, though unusually for most Starday Custom Discs, this seems to have a Starday Matrix instead of the usual record issue number and a A/B prefix. Bramlett also recorded another disc which was pressed by RCA ("Country Love" / "A Man With A Broken Heart" - GIBSON RECORDS No. #) in 1957 and also recorded gospel for BRC Records. (MC / PJ Tricker).

Back about 1955 or so, the first mention of Howard Bramlett, who was one of the stars of the Saturday Night Jamboree that aired over WROM-TV out of Rome, Georgia. That show aired on Saturday nights from 7:00 to 7:30pm and from 8:30pm to 10:00pm.


He first started singing with his sister at church when he was a youngster they said. In 1945, he started performing over the Armed Forces Network. They mentioned he was the leader of the band, the “Tennessee Valley Boys” on the Jamboree show on WROM-TV. 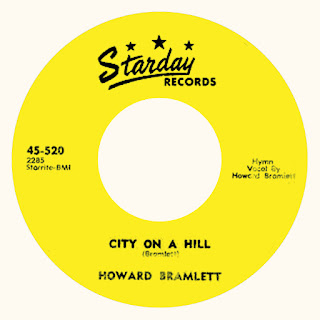 Posted by Malcolm Chapman at 11:17 No comments:

No info on Jim and his band at the present time. It's a good hillbilly disc with sawing fiddles and steel guitar. Both sides bounce along nicely. (MC) 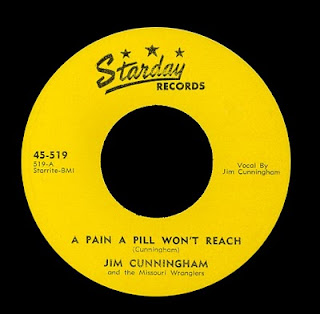 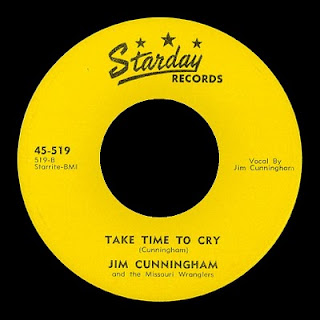 Posted by Malcolm Chapman at 11:08 No comments:

STARDAY 518 was reissued on ALLSTAR 7161, which isn’t that surprising when you consider that Daniel James is Dan Mechura, who owned Allstar. Billboard mentions in passing (26 March 1955) that Daniel had signed with Starday Records and he was broadcasting over KNUZ. To promote this disc, Daniel toured with Hank Locklin, Lee Leissner and Texas Rhythm Boys in June 55. Compared to the torrid “Rock Moon Rock” - (Allstar 7163) and “I’m Gonna Move” - (Allstar 7183), Daniel delivers this plaintive hillbilly disc with all the gusto of a man singing whilst reading the lyrics in front of him. Nice echoey sound on the disc though gives it some atmosphere. The odd thing about this is that at the time of this disc, he already sees to have started his Allstar label with an address out of Garrow Street, Houston, TX. Menchura was happy to offer the same kind of deal that Starday offered here - cut the tracks - stick out a 45rpm, limited distribution and hoped for a hit to carry the momentum onwards and upwards. Dan and his Allstar label were also active in the seedy world of "Song-Poem" record labels. But by the mid 60's, Dan's labels folded after issuing at least close to 200 45’s on either the main label or on one of Dan’s numerous subsiduary labels. Note the publishing details have changed by the time he reissued it on his Allstar label.(MC / Phil Tricker) 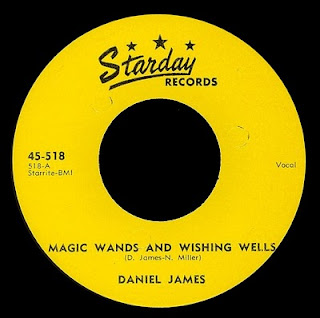 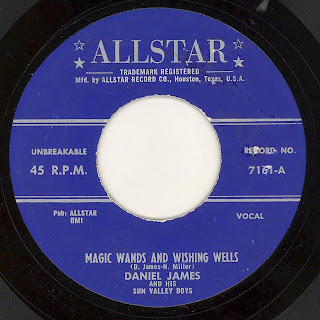 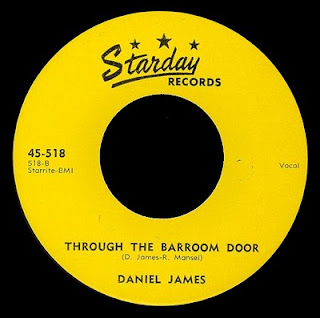 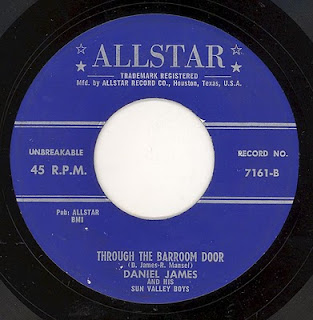 Posted by Malcolm Chapman at 10:51 No comments:

B side is a nice hillbilly disc from Buddy and his sisters - mid tempo with good harmonies and steel guitar. Compared to the previous release (513), the actual recording sounds a little primitive and perhaps it was recorded around the same time as the release on Savannah 505. It’s a darn fine disc all the same. Also judging by when BMI cleared the song for broadcast, this disc may have been actually issued to the public (so to speak), or if you prefer - shipped to Buddy before Diamond 515 and Evangelistic 516. (I am going by the assumption that all discs were pressed and the songs were submitted to BMI once payment reached Starday.)(MC) 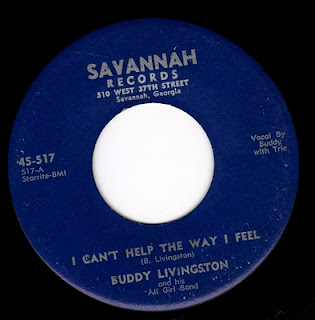 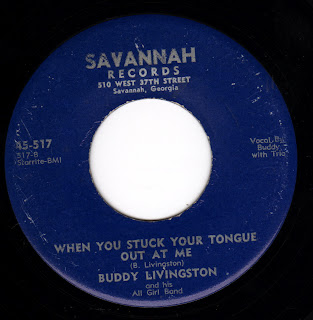 Posted by Malcolm Chapman at 10:09 No comments:

According to Flyrite CD 64 (Hillbilly Gospel), Curt and Faye were from Oklahoma and broadcast over KJBC in Midland, TX. Evangelistic was their own label, created after non payment of royalties etc from another TX label (not credited in the sleeve notes). Reverend Curt Bartmess still has a congregation in Oklahoma, but Faye (if her real name was Myrtle Faye Hensley-Bartmess) has passed away. Anyhow, the A side is a pleasant country gospel number with some nice guitar and mandolin throughout. Flip is slightly slower with some good vocal interplay between Curt and Faye - shades of Luke the Drifter. (MC / Flyright CD 64 / Bruce Bastin).

Thanks to Regina Frye for the updated Faye Bartmess name. 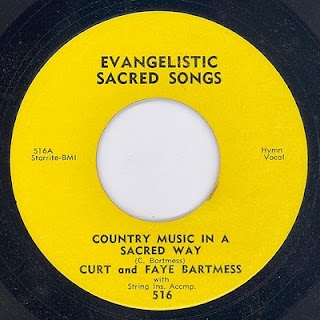 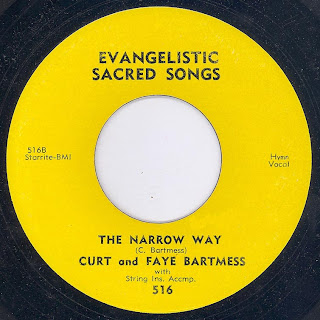 Zero info on Al Meyer apart from what’s listed on the label shot. Primitively recorded hillbilly disc with guitar, steel guitar and fiddle. If the label didn’t say MO, I would have sourced this disc a lot further south, perhaps Mississippi or Alabama. Vocally, it reminds me a little of Lloyd McCullough on Von Records. (Lloyd has his own custom on Starday 686). (MC).

AL MEYER and his Pals were a band out of South- east Missouri and Illinois. They were featured on radio station KSGM's Ozark Opera on Saturdays from 11:15am to noon. 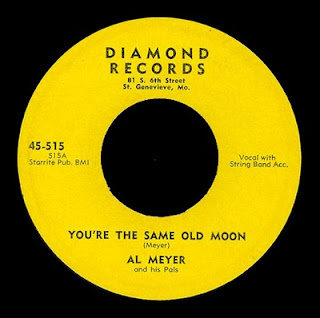 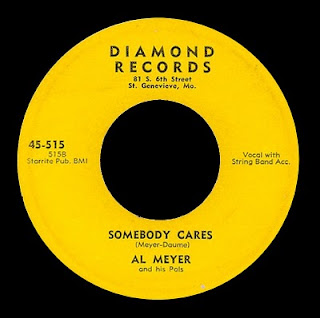 Posted by Malcolm Chapman at 09:56 No comments: