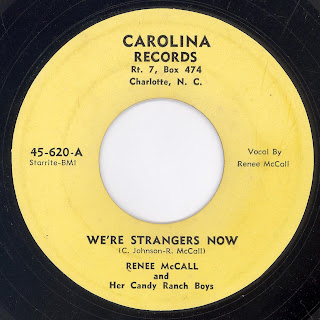 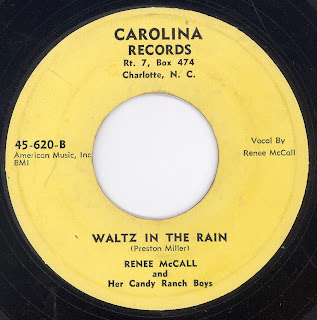 Posted by Malcolm Chapman at 14:26 No comments:

Here's Marvin Jackson's first record. Now, Marvin may not be household name around these parts, but thanks to White Label / Collector Records, there's a whole CD of his stuff floating around out there. He cut some rough and ready rockabilly tracks, a few instrumentals (Marvin plays lead guitar) and some country stuff. Marvin got this and his follow up disc pressed by Starday - 300 hundred copies and perhaps some promotional material (which was either post cards to send to DJ's or - in Red Moore's case - a stamper which you could stamp "Play This - It's Hot" on the paper sleeves.) His third disc was pressed by King who only pressed 200 copies. According to my notes, the artist was based out of Cadet, MO at the time of these recordings, and Crestwood was his own label.

A side is pretty much country, but Marvin's got that voice that easily skips the fence of Country into the green fields that is rockabilly, so it's an early example of what he's gonna sound like later on. B side is a ballad. Quite nice steel guitar featured on both sides. I'll have some more info on him by the time we reach his next release (#644) (MC / Steve Kelerman / Adam Komorowski)


Better label shots would be nice! 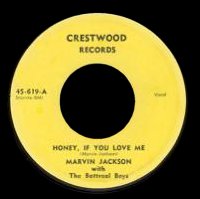 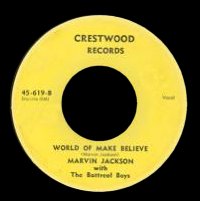 Posted by Malcolm Chapman at 14:22 No comments: