Mrs. R.D. JONES
Jul 55 (BMI clearance on 30th Sept 1955)
45-525-A - I Ain't Got Time
(Jones)   (Starrite BMI)
45-525-B - My Prayer For The Ones I Love
(Jones)   (Starrite BMI)
THE JONESES RECORD 525
Box 743, Bogalusa, LA
I love this record! It’s certainly a primitive recording and the fidelity seems to fluctuate here and there. But the guitar steals the show with some nice chording and fills whilst Mrs Jones sings along pleasantly. I always imagine Mrs Jones sitting at the family piano belting this out in front of the family whilst the marsh mellows toast in the fire. It’s a joyous record - fills this ol’ heart with a little glee. Flipside is an altogether sadder affair, and somebody’s playing an accordian instead of the piano but again, Mrs Jones is in fine vocal form. I can’t pinpoint exactly what it is about this 45, but for me I could listen to it again and again without getting tired of it. (Others I’ve played it to don’t even try to stifle a yawn so maybe it’s just me it effects). Only the large amount of Jonses in the Bogalusa area prevents me from phoning each one up and asking “Excuse me , are you Mrs Jones?” But on somebody else’s dime, I’d certainly give it a go.(MC)


Any info? Email me! 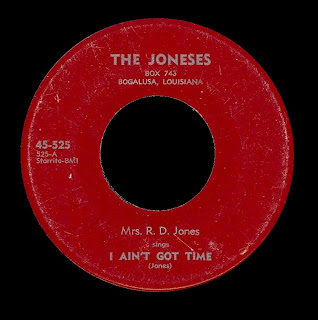 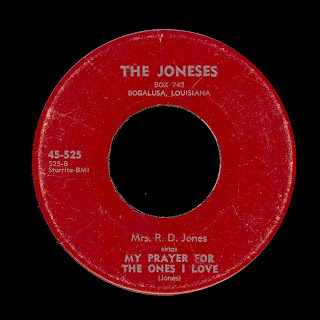 Posted by Malcolm Chapman at 18:19 No comments:

FRANK LEVINER and his Pentacostal Musicians

No info. Not heard the records. Never heard of Frank. (I feel like a failure!) The late BMI clearance suggests to me that was issued either August or September. Also, I'm unsure of the A/B side designations (well, I am now as I have a label shot). That's just how I wrote it down in my notebook all those years ago.

Update - 17 Nov 2018 - Thanks to Tommy Bones for label shot. (He sent it to me ages ago and I managed to file it without removing the label shot.) 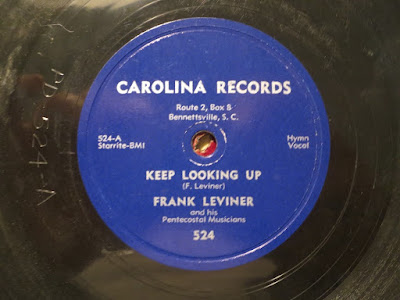 Posted by Malcolm Chapman at 18:13 No comments:

RED MANSEL and his Hillbilly Boys
Jul 55 (BMI clearance on 29th July 1955)
45-523-A - I've Crossed You Off My List
(R Mansel / A Stanley)   (Starrite BMI)
45-523-B - Broken Fickle Heart
(R Mansel / C Lee)   (Starrite BMI)
STARDAY RECORDS 523
(Tx Artist)
Nice bar-room honky tonk from Red and his Hillbilly Boys, with the A side being especially good. Fiddle, steel guitar and a nice upright piano with rhythm guitar and bass accomp. Red Mansell was (unsurprisingly) the star of “Red Mansell and Boys” on KFDA-TV, Amarillo, TX, (15 min slot on TV between 4:45-5:00pm (Tuesday) and again at 12:45-1:00 pm (Saturday) and was also heard daily over the radio station. He also appeared on Dan Menchuras’ Allstar label from Houston, TX after this release. (He signed a 2 year contract with the label in early April 1956.) “Johnny On The Spot” / “Would You Ever Believe It’s True” - ALLSTAR 7160 {Billboard stated that this release was "lightweight material (that) can't go far!"} and “My Only One” / “Going Steady With A Dream” - ALLSTAR 7174 are two of the better ones where rockabilly is concerned. Mansell appears on a writers credit on Starday 518. (MC / Rockin’ Country Style - Terry Gordon)


Any info? Email me! 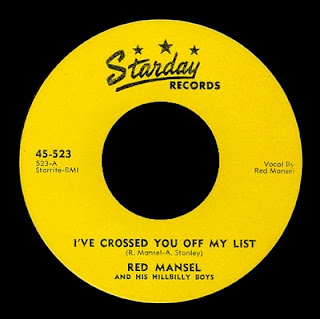 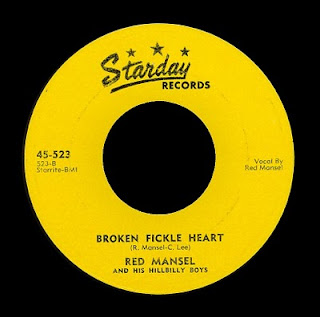 Posted by Malcolm Chapman at 17:50 No comments:

Considering the fact that we have almost no info on the majority of the artists who graced a Starday Custom waxing, the cup on the Hamricks (husband and wife) is literally overflowing! They first appear on my radar as early as 1949 with a snippet of info in a billboard magazine - (Dec 31st 1949) "Billie and Gordon Hamrick, formerly on the "Dixie Barn dance" have moved to WSOB, Jacksonville, FL. Billie is Mrs. Gordon Hamrick in private life." I'd certainly like to know if they were recording around this time. Then, I find them again in Billboard (Aug 9th 1952) "Billie and Gordon Hamrick, formerly at WJHP, Jacksonville, FL have moved to WHAN, Charleston, SC. They recently inked with Hill and Range Publishers." Fifteen months later, they grace the pages of Billboard once again with this :- (Dec 19th 1953) "Billie and Gordon Hamrick have moved from WHAN to WCSC, Charleston, SC and still sponsored by Old Fort Packing Company." (By now I'm wondering if they actually came from Florida originally - they certainly seem to move around between radio stations quite a bit.) And again :- (13th August 1955) "Gospel singers Billie and Gordon Hamrick are now being heard over WUSN-TV, Charleston, SC. Their sunday afternoon "Old Country Church" program has had its time boosted from a half hour to an hour. Their latest on the Starday label is "Our Prayer." So, at this point we present our second gospel offering from the Hamricks, now featuring their Low County Gospel band (which may well have been uncredited on the RANGELAND 506). There is a feeling amongst collectors that the first disc sold well enough for a reprint, so Starday issued their second offering on their own label hoping to garner a bit more interest for the disc. (Others think the Hamricks paid extra for it to be issued on Starday.) Anyhow, it's a mandolin led country gospel for the A side. Bernice Jennette gets another slice of writers credit on the B side, which is a fast, fiddle led exhortation on the joys of having God in your heart. Kinda makes you wanna jump up in the aisles and yell “Hallellulah!” Finally, after ruining my eyesight slowly reading through yet more Billboard offerings, I come across a final snippet of info :- (Sept 3rd 1955) "C and W spinner Clarence Jackson of WJOT, Lake City, SC is now also doing a stint over WUSN-TV, Charleston, SC. Jackson plays steel guitar with Billie and Gordon Hamrick on their "Old Country Church" program." (Gee, after this, I almost feel like I know them personally :-) )

Any additional info or correspondence, please email me at: malcychapman@mac.com
so I can reply if necessary. If you send a message via Blogspot, it comes up as anonymous. 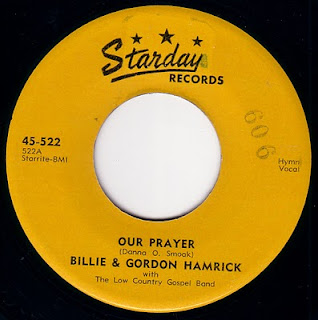 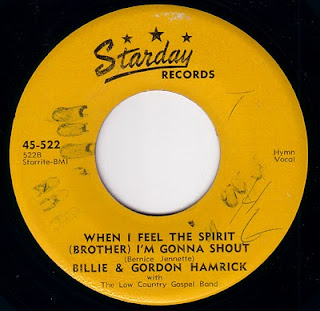 Posted by Malcolm Chapman at 16:50 No comments: 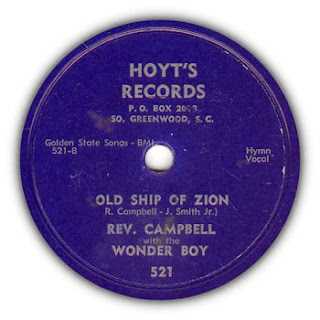 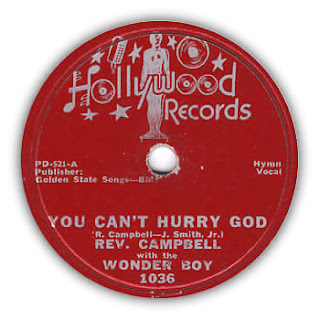 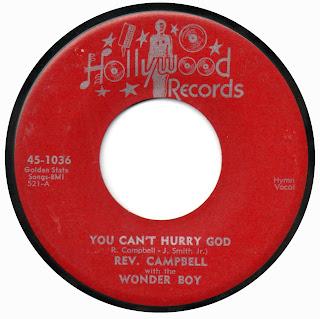 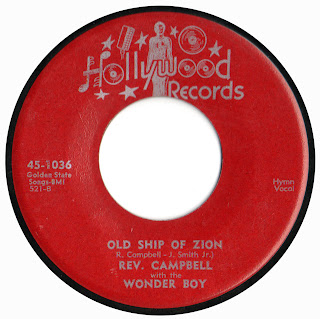 Posted by Malcolm Chapman at 16:38 No comments: