Simple vocals and acoustic guitar. Lovely echo on the vocals! But both sides are ballads and a bit on the "twee" side. She** has got a nice voice and the songs are nicely crafted and not the usual cliche-stuffed nonsense that was churned out on a regular basis.

But hang on ...**. A side contains the lyrics "He Said, "My Lad - You're Kind To Me" .... so is Pat a male vocalist? To me, it sure sounds like a woman's voice - a bit on the low side, but still it has a "Feminine Timbre" (Not sure if you can use the word Timbre for vocals but hopefully you know what I mean.)

Flip it over and he/says "...Act Like A Big Old Man". So, I have no idea if Pat is Male or Female. I was going to suggest maybe a male wrote the lyrics but the singer is also the songwriter - so I guess he's male. Not sure about Newsboy On Christmas Eve, as the song seems to spend most of it's time lamenting the death of a parent. Not exactly full of Christmas Cheer!

This feels like a classic song poem to me - without the dodgy vocals and nasty organ-type backing you'd get on HalMark Records. Come to think of it, I actually like this quite a lot :-) 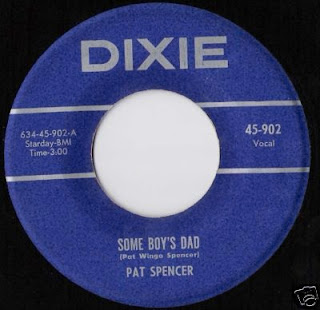 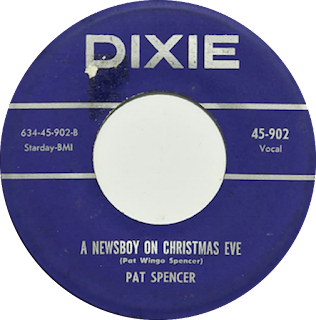