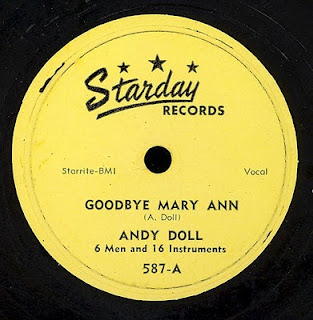 STARDAY RECORDS 587
(Artist based in Oelwein, IA)
Aug 56  (BMI clearance on 17th Nov 56.)
ANDY DOLL - 6 Men and 16 Instruments
45-587-A - Goodbye Mary Ann
(A Doll)   (Starrite BMI)
45-587-B - Honey Dew
(A Doll)   (Starrite BMI)
Compared to most of the artist featured on Starday Customs, Doll is one of the more prolific artists. He had many discs released on his own AD label from Oelwein, IA, mostly pressed by RCA and by 1962, we find him the proud owner of the "Coliseum Ballroom" until 1973. He also toured extensively and backed up such luminaries as Pee Wee King.


Anyhow, the A side is a nice song, set at what I guess is a waltz tempo, whilst the flip is more uptempo with a western swing flavour. All very pleasant to be sure, but not something that would set my heart racing. His later recordings on AD bordered on Rock-A-Billy in some places, but not on this occasion. 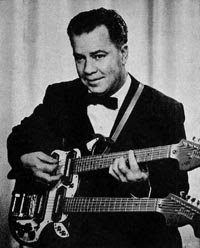 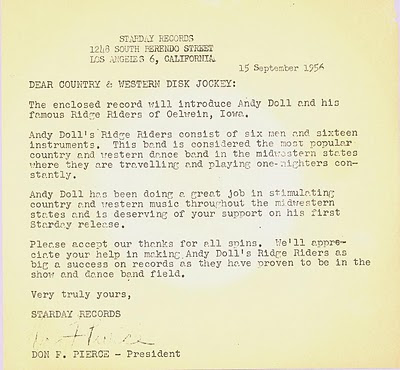 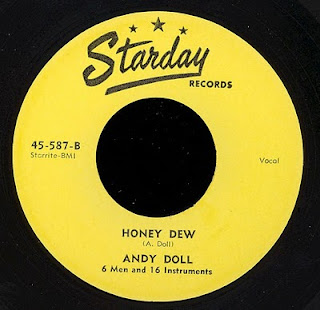