Uploaded on Feb 11, 2012
Rockland 750 Starday Custom Nov 1958 Superb! Ernest was born in Alleghany County where he has lived all of his life except for one year in Pennsylvania. His maternal grandfather played the banjo, and he remembers hearing a lot of music in church when he was young. "Back when I grew up, it was just oldtime," he remembers. When he was about nine years old, Ernest started playing a guitar his father bought him. He was exposed to a lot of music in the area, but when asked how he learned, Ernest says, "I just picked it up myself."

He immersed himself in oldtime and bluegrass music and learned to play several instruments. "I learned to play the guitar," he says, "Then I started playing mandolin." He has also played bass with a number of bands. Ernest played on a radio station in Galax around 1947-48 with Del Reeves, Fred Roupe, and Dean Mains. He often played for square dances and box suppers. "There weren't too many musicians around Sparta back then," Ernest says. So, he played with musicians around the region such as Larry Richardson's Blue Ridge Boys, with Uncle Joe Johnson and with Benton Flippen and the Smokey Valley Boys from Mount Airy.

Ernest worked for the highway department for nearly thirty years. During this career, Ernest played closer to home. He and his wife Agnes performed as a duet with guitar and mandolin and made some recordings in the 1950s. When Ernest retired in 1990, he and his wife started the Alleghany Jubilee in downtown Sparta in an historic theatre that has hosted musicians including Mainer's Mountaineers, Reno and Smiley, Bill Monroe and His Blue Grass Boys, and Uncle Dave Macon. Ernest and Agnes keep the Jubillee as a pastime, but it keeps them busy as it is open four or five nights a week for live music and dancing. "I just wanted to keep olditme music going," Ernest says when asked why he started the Alleghany Jubilee.

Ernest has put together three groups that perform at the Jubilee, and other bands from the region play there also. Ernest's bands are Blue Ridge Partners, Rise and Shine Band, and Old Country Grass. Rise and Shine Band has been together for about seven years. They play bluegrass and bluegrass gospel and have produced a recording. Blue Ridge Partners has been together for about a year and a half, and they play bluegrass and some old country. Old Country Grass has only been together a short while; they perform oldtime music.

In 1956 sales of Country music had dropped disasterously and the industry`s answer was to drop most of their artist and move the others to a more "pop" sound. Early efferts with choral backings such as Sonny James "Your love", Ferlin Huskys "Gone" and Jimmy newmans "Fallin Star" were (unfortunately) very successful and the sound of just a year erlier was artificially cut short while the steel guitar and fiddle were vanished from the studios.
But What was happening outside the studios? Countless bands were still active and playing the same music as they had previuously there was little that was new that they could relate to and perform live at this point but the music was only recorded and heard on small label and "Custom" releases. It was not until the maturity of the new "Nasville Sound" in 1958-59, as well as the beginning of new sounds from the west coast, that the smaller bands begun to change. Most of the 1956-57 Hillbilly recordings were only cut thanks to the availability of custom services. 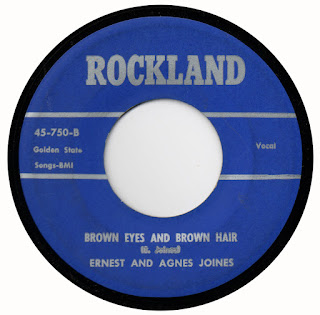 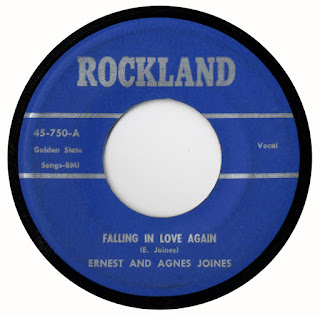