Two fine sides by the Arkansas born but Flint, Michigan based Ozark Sweetheart (or Little Ozark Sweetheart as she is billed here.). She was born on 24 Jan 1944 in Jonesboro, AR. Her father worked at his grocery store located at Portia, AR.
Originally living in a small town charmingly named Grubbs, the family relocated to Flint, MI around 1952.

Her father became a booking agent for local bands and used this to help getting Charlotte some local recognition. By the age of 9 she could be heard over WTAC, which did a weekly talent show for unsigned musicians. By the following year she could be seen on TV over WXYZ out of Detroit.

These tracks were "probably" recording in Detroit, Mi and she was backed by some of the local "Top-Notch" musicians. (Michigan didn't lack for fine musicians.) She seems pretty self assured vocally on both sides; not bad for an artist who was only 16 years old at the time! 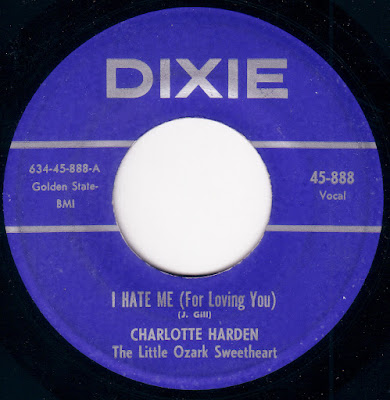 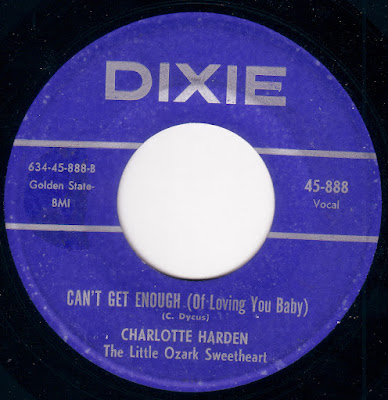 Posted by Malcolm Chapman at 10:00