BILLIE AND GORDON HAMRICK - "The Honey Hill Sweethearts"
Jul 54
506-A - He Is My Guide
(Bernice Jennette)    (Golden State Songs)
506-B - He's Gonna Take His Children Out
(Bernice Jennette)   (Golden State Songs)
RANGELAND RECORDS 506
601 Park Ave, North Charleston, SC
B and G Hamrick present themselves here with a pleasant mandolin led gospel coupling, with the B side being the faster of the two. Both sides were written by Bernice Jennette. The only info I have on the Honeyhill Sweethearts is they had at least two previous releases on Rangeland (which may have been their own label), both pressed by RCA in 1953 (“My Dream Of The Old Rugged Cross” / “My Savior’s Train Of Life” - RANGELAND No.# // “Married People Out Of Place” / “Pocotaligo Waltz” - RANGELAND No.#). At present I have no other info of any other subsequent recordings, apart from the three other Starday customs listed on this site (Starday 522, 626, 673). The B side was reissued on a 6 track Dixie 78rpm with a fade out roughly halfway. Honeyhill is located approx 30 miles outside Charleston. Billboard magazine (14th March 1953) mentions that their steel guitarist who played on on the RCA pressed Rangeland discs was Bob Bratcher, who died in Jacksonville, FL in early 53. (MC / Phil Tricker / Flyright CD 64 - Hillbilly Gospel - notes by Bruce Bastin)

"Billie and Gordon formed a gospel bluegrass duet. Together,they wrote and recorded songs in the 1950's for both the Rangeland label and the Starday label. They hosted a gospel variety show , The Old Country Church. The gospel bluegrass variety show ran for over 12 years on WUSN-TV channel two in Charleston, SC. Billie played this Martin guitar and Gordon played mandolin on the show and numerous personal appearances throughout the Southeast. Their career spanned over 30 years. Ms. Hamrick passed away in 2002,"

HAMRICK - Gordon B. Hamrick born November 18, 1917 in Douglasville, GA, died December 30, 2001. He served in the U.S. Army in the Panama Canal Zone in the 1930s and continued military service in the Coast Guard through WWII on the USS Savage as a Chief. He also managed grocery stores in Jacksonville and performed gospel music with wife Billie in Charleston, SC on a television show called The Old Country Church in the 1950s and 60s. Billie and Gordon continued performing gospel music up until his retirement in 1998. He was a member of Biltmore Baptist Church and is survived by daughter, Sharon; son Marty; and grandchildren, Jade, Siminitus, Amanda, and Lauren Hamrick, all residents of Jacksonville.  (Michel Proost) 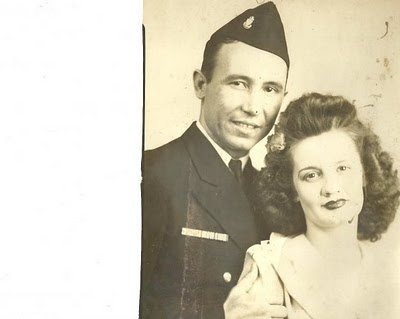 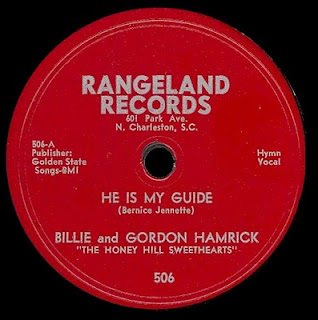 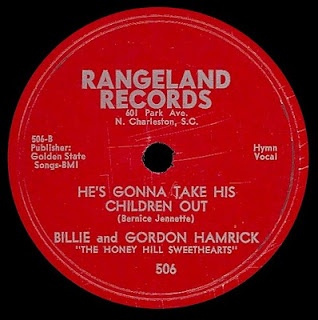 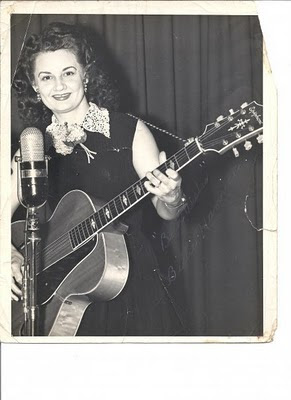 Posted by Malcolm Chapman at 02:43